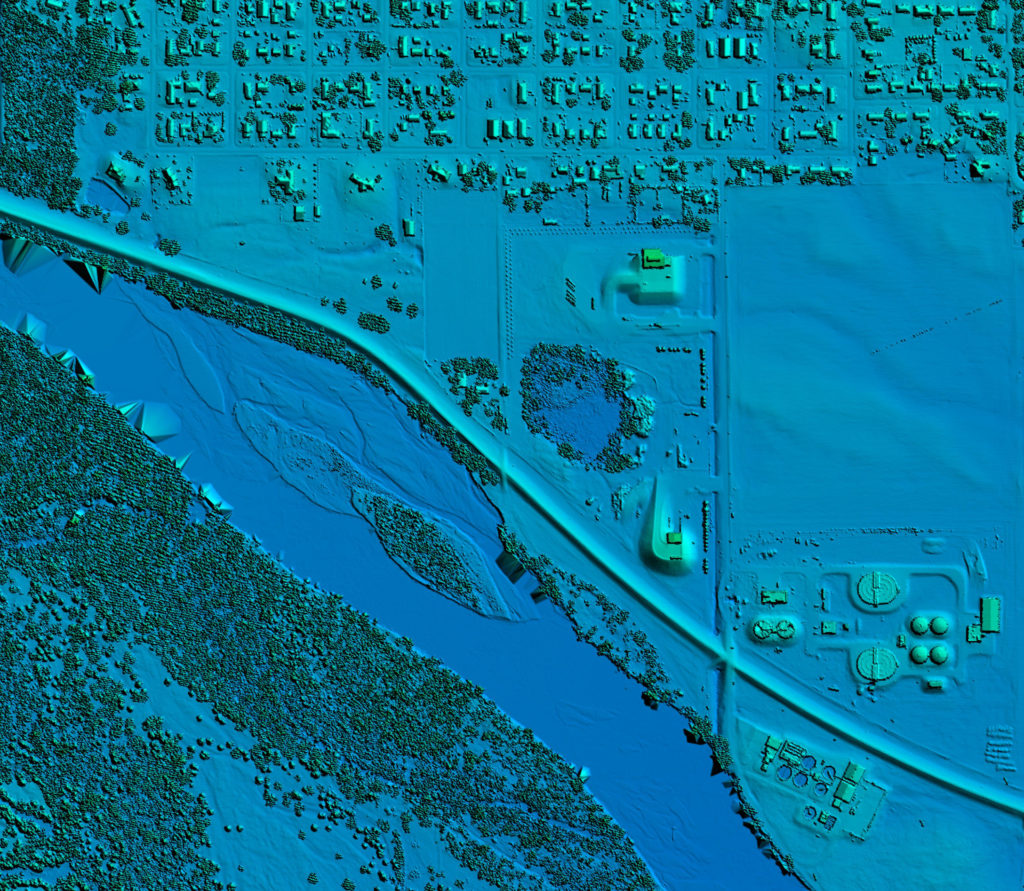 The United States Geological Survey (USGS) has awarded a five-year, $850 million Geospatial Product and Services Contract (GPSC) to the Merrick-Surdex Joint Venture (JV). GPSC is a suite of contracts used by Federal, state, and municipal government entities to partner with USGS for the purpose of fulfilling their geospatial data requirements.

The contract will be administered through the USGS-National Geospatial Technical Operations Center (NGTOC) in an effort to obtain geospatial data services throughout the United States and its territories. The contract will also be used to support the 3D Elevation Program (3DEP) and used by other federal, state and local agencies. Contract services will include a host of geospatial services (such as lidar, orthoimagery, survey, etc.).

(Image is a Digital Surface Model of the Platte River and surrounding area in eastern Nebraska, collected by the Merrick-Surdex JV for its prior USGS GPSC contract)